I’ve been getting ready for the 2014 F1 season for a while, but I still was confused how the new hybrid turbo system worked. I read articles about it, watching BBC F1 videos and whatever else I could find, but it still made no sense! Then Mercedes comes out with this simple video… and then *click!*. Sometimes it’s just the simple things.

Everyone get it now, or what it just me who was confused?
END_OF_DOCUMENT_TOKEN_TO_BE_REPLACED

So take it from someone who has driven in Formula 1, and has massive experience with racing hybrid cars. Allan McNish is probably the most qualified person to be explaining how the cars will feel in Formula 1 for 2014.

Besides, it’s always good to get a Shakedown video where a former driver is the star. You learn so much about how they think. Watch and enjoy. 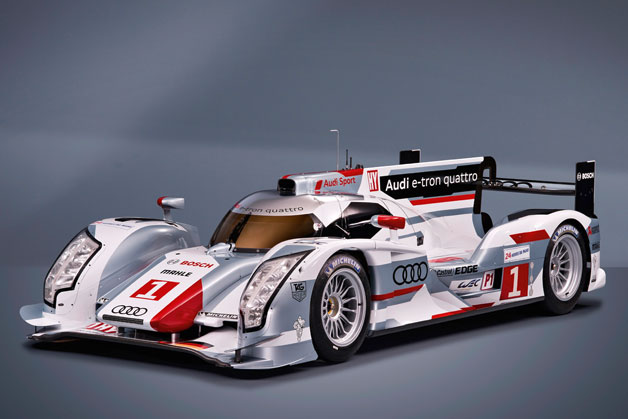 This just blew my mind! Audi’s contender for the 2012 LeMans Series. The Audi R18 e-tron Quattro. (Sounds like something out of ‘Transformers’).

Quoted from Autoblog: “The two are part of the same system, regenerating brake energy (similar to F1’s Kinetic Energy Recovery System) into a flywheel that is then fed back into the front wheels under acceleration,the V6 TDI engine feeds 510 horsepower to the rear wheels for a combined through-the-road all-wheel-drive system. The added weight of the hybrid powertrain is offset by a carbon-fiber gearbox housing, used for the first time in endurance racing.”

Insane! Audi is running two versions of this car, with two ‘traditional’ R18 Ultras at Spa leading to the build up for LeMans.  Toyota’s hybrid contender might want to watch out! 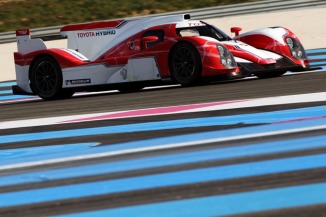 Toyota has decided to enter into LMP1 with the TS030 HYBRID. With several manufacturers refreshing their driver line-ups, Toyota had a pick of quality drivers for 2012.

Anthony Davidson, who was dropped by Peugeot during their exit of the sport,  and former F1 driver Sebastien Buemi will be supporting Hiroaki Ishiura.

Will Toyota be able to take the fight to Audi R18 in LMP1?  We shall see.

Toyota is a master of greenwashing its car line by touting the hybrid halo models which are capable of generating very impressive fuel economy figures. Motoring enthusiasts generally aren’t drawn to hybrids because the hybrid’s mission is to efficiently transport people and their stuff from point A to point B in the most efficient manner possible. This is not to say that hybrids cannot be fun, I submit this video as evidence.

This is the new Toyota TS30 Hybrid Le Mans racer. Yes, it’s a hybrid. Watch the video and listen to the symphony of straight cut gears, electric motor, and sonorous v8 engine.

I think Toyota is missing an opportunity by not having a hybrid sports car. After all, a hybrid’s electric motor is just a different kind of power adder used in place of a turbocharger or supercharger. What enthusiast wouldn’t love to carve some canyons with gobs of instantaneous electric torque shoving them out of corners? I could waste several gallons of gas with a car like this.

Anyone agree with me?

Earlier this year, Formula 1 team Red Bull Racing developed a technical partnership with automaker Infiniti. The relationship has allowed the two groups to share development information across the platforms between road cars and racing cars.

However, right now I don’t really care about that. What I wanted to show you was another sponsor advertisement between Red Bull Racing and Infiniti, where Infiniti is highlighting the development in the performance of their hybrid drivetrain system, compared to their petrol powered cars with the two RBR drivers piloting.

The video is set on the now- cliche Nurburgring Nordschleife .  Sebastian is driving the hybrid, while Mark Webber is in the petrol car.

All I have to say is that Mark must be tired of being Sebastian Vettel’s whipping boy, on and off the track. (Either that, or in a strange way, he likes it!) I’ve got plenty of running jokes about the quality of Mark Webber’s start too 😉