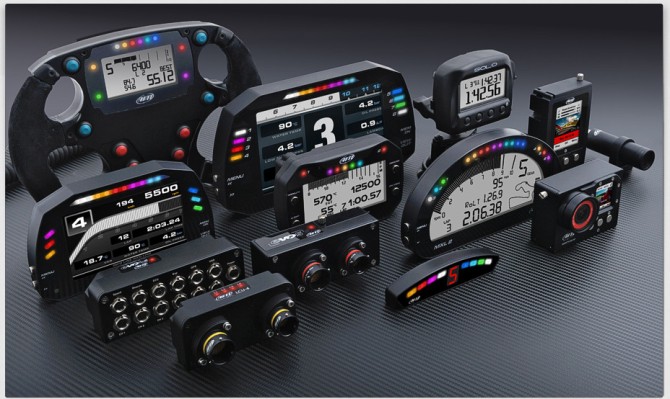 …trying to look like I know what I’m doing. 😛

So I’m excited for a new opportunity that I’ve been working on the last few weeks with AIM Sport. We’ve been developing some data analysis videos for using the Mychron5 and Race Studio 2. For those who aren’t aware, the Mychron/Race Studio combination is the system that a majority of competition karters use for data-logging and acquisition. However, the concept of data acquisition is a daunting concept for most people to take on.

What Roger Caddell, national training manager for AIM Sport, and I are working to do is to simplify people’s approach to looking at their karting data, so they’re more encouraged to start using it! We’ve already published a handful of videos, which are being released in the coming week. I’d love for people to leave comments either here on the blog, on the AIM Sports Facebook, or on the AIM Sports Youtube channel, if you have any questions about data acquisition or using Race Studio, so we can address it in an upcoming video.

I’m super grateful that Roger and AIM have let me jump on-board with this project. I’ve been really enjoying digging into this subject more over the last few months. I’ve written a few articles as well for KartPulse, which I’ll link below, because you know, shameless self-promotion is fun 😛

Picked up my 2nd place TAG Heavy trophy for the 2019 PSGKA club season. I really like the design of this one. @425motorsports @hugglerracingengines @studiorhoad @kartpulse @apdriverdevelopment @racershq @notfamousracedriver @provamotorsports #keepkartingfun #karting #racing #motorsports #kartracing #w2w
Fun final day in LA. A productive trip that's also given me a ton to think about.
Quick @notfamousracedriver mod to remind myself that I'm not that good at sim racing. #notfamousracingdriver #racing #motorsports #kartracing #w2w #cars #karts #motorsport #simracing #esports
I'm normally not into mobile games, but I can't stop playing Gundam Battle Gunpla Warfare, because you design your own mobile suits, like this GM Buster II here. #gundam #gunpla
Upsides of having a kitten: He's cute. Snuggles a ton. Is curious about everything. Downsides of having a kitten: None. It's a freaking kitten. Besides, people suck and it's nice to have a kitty who doesn't do the dumb to come home to. #loveyouDamon #crazykatperson #noshame
Working on it. Just got to manifest the budget. #keepkartingfun
At least that's what I think about. #keepkartingfun #starwars #racingnerd
Listening to audiobooks over the holidays. These two books couldn't be any more different. #racing
New year, new kitty! We welcome Damon Sturdivant as kitty #3 into our lives! #racerkitty