Honestly, I’m not sure what to title this post, seeing that I wanted to put so many things in it. Now that it’s the winter time, I figured it was a good idea to do a end of the year wrap up post. Seeing that it’s been a few months since the last Gold Cup race, I’d been holding off on any new posts for a little while, as I’ve been wrapping up the year and prepping for 2015.

So how did the end of the year shape up?

I spent the majority of the time on the track preparing for the IKF Region 6 Gold Cup. We just had the IKF Banquet for Region 6 just recently, where I received my fourth place series trophy. It was a good accomplishment, seeing that half of the tracks this year were new to me.

Considering I spent half the year with some engine problems of some sort, which always seemed to want to pop up while I was out of the races, 4th place in my class that had over 30 drivers participate is a pretty big deal for me, but sometimes I felt like if my engine had held up, I could have done better. That’s racing, but sometimes it can be really frustrating.

So after the Gold Cup was over, I put some budget aside for a second World Formula engine. The plan is now with a backup motor for those regional races, so I have a better chance of making the podium next year.

Practice, practice, practice. Exhibition weekends like the Pumpkin Race at Tri-Cities Kart Club are just a great way to get a ton of seat time, and also see some friends across the mountains before the winter season sets in.

As far as racing wise, I’ll be competing in the World Formula class again next year. There are some serious areas in my racecraft that I want to refine this year, and four-stroke racing will be super helpful with that.  Plus with the Gold Cup fields having 15-20 karts in them, you can’t really turn something like that down.

With regional races over until April 2015, I’ve been spending my seat time at winter club races, and trying to fit as many practice days I can into the schedule.  The great thing about club races at the end of the year, is there are more weekends where you can just go, and get tons of seat time. I’ve been working on improving some of the processes that can make race weekends run a bit smoother, so I can spend more time just enjoying myself and getting faster.

I’ve got a few other plans in some other machines, but until I have more momentum developed around them I’ll like to keep those plans on the down low.  If things work out, they should be pretty exciting, and make for some good content on the blog! (When I get around to posting…) 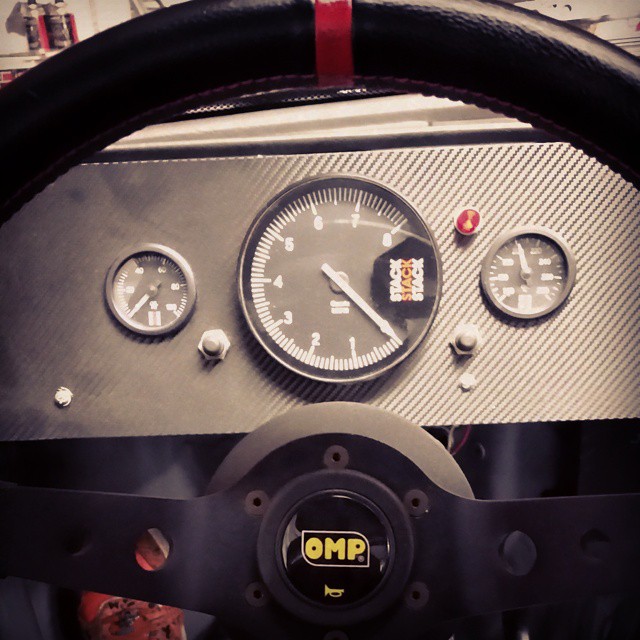 Teaser shot of a potential racing opportunity in 2015.

As always, thanks to my sponsors this year. RacerTimes, Xccel Racing, Sound Microsystems, OUIWorks and Dark Horse Pros. I wouldn’t have been able to get nearly as far this year without their support.

So…what about writing on |StartingGrid|? We haven’t seen too many posts from you in the last few months… 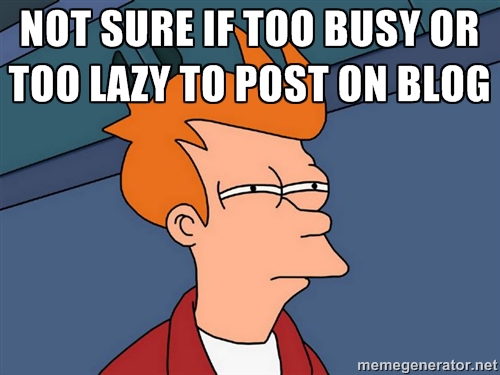 Yeah, pretty much. Things have been going at a whirlwind, so that’s why |StartingGrid| content has been a bit random and sparse. I’ll do better next year…I hope…

As far as the blog goes, I’m planning to do more karting updates and some more technique posts on the site next year, now that things are a bit more settled.  However, next year I’ve also got a few more motorsport trips planned like a return to Pikes Peak, a trip to the Performance Racing Industry expo, and a few other places, so we’ll see how that plan goes…

I’d like to find a few more writers for |StartingGrid|, but as the blog goes into it’s fourth year, we’ll just see how that goes. I might just need to write here more, seeing that I produce like 99% of the site content.

I’ve been doing more guest posts on Sidepodcast, Build/Race/Party,  Speed Secrets Weekly and a few other places, so my |StartingGrid| content has been a bit lacking.  That’s really my fault thought, so I’ll do a better job posting in 2015… I hope.

One thought on “|World Formula| Recapping the end of the year…or something.”