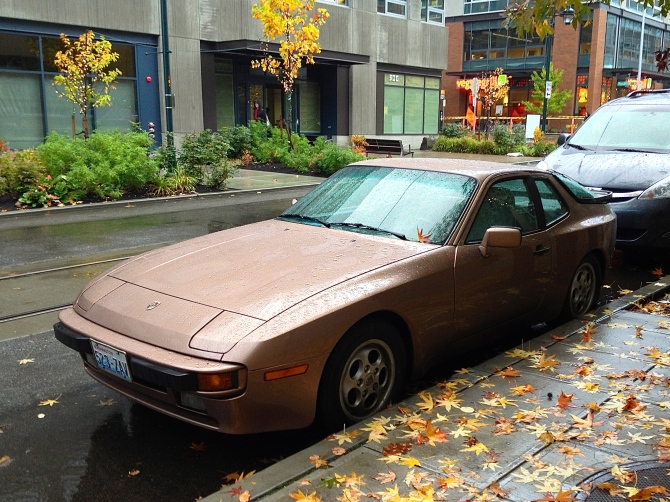 This car is a legend among 1980s sports cars and needs little introduction. As a high school lad, I dreamed of having a 944 as my “do it all” sports utility car. The space offered by the hatch would allow me to carry anything I might ever own, and the Porsche pedigree would allow me to satisfy my hooning needs on curvy back roads. What more could one ask of a car?

The Porsche 944 was the car that allowed Porsche to continue making the 911. This car was their volume leader. While the early models weren’t super performers, Porsche developed the 944 into supercar territory with the later turbo and S models. These later 944 variants proving to be the equal of the 911 in magazine performance reviews. 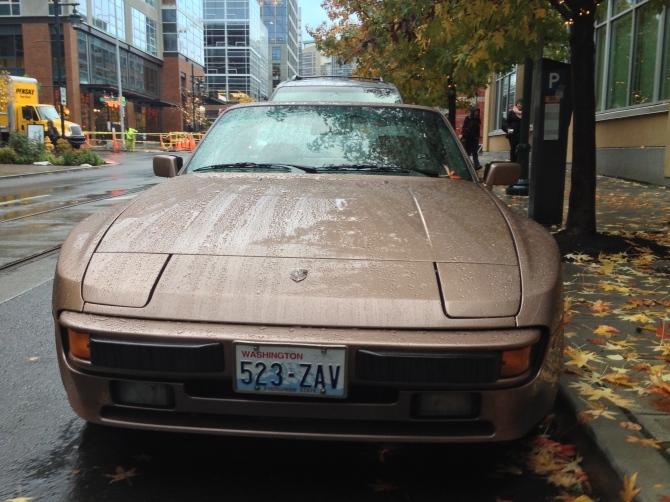 This is a 944 and not a 944 turbo or S model and so was powered by a front mounted, large normally aspirated four cylinder engine displacing 2.5 liters (In 1989 the last year of the “Normal” 944, they installed 2.7 liter engine). The 944’s predecessor, the 924 featured an Audi developed engine; this caused the 924 to be thought of as not a “true” Porsche.

The 944 has a Porsche designed engine, making it mechanically a “true” Porsche. However, it too had its detractors among the Porsche 911 faithful who felt that a “true” Porsche has an air cooled engine installed behind the rear wheels. These detractors are forgetting that the 911 also had detractors when it was released who felt it wasn’t a “true” Porsche when it replaced the 356. It seems there will always be marque loyalists fearlessly defending their concepts of brand purity. Imagine the hand wringing that came when Porsche started selling sedans and trucks! 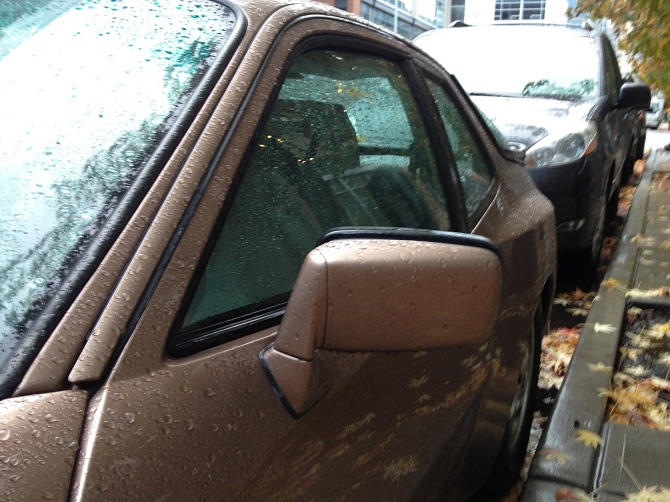 This very well waxed 944 was parked in front of a credit union. I wonder if it has an excited new owner?