In the interest of getting to know the readers a bit better (and have them get to know me a bit better), I wanted to pose a couple of questions:

What was your first race car?  (If you have never raced, what was the first car that really captured your imagination?)

This car was pretty darn gutless, but it was also incredibly stable on-throttle.  Even on packed snow, you could just stand on it.

It was a great starter car, but it also taught horrible driving habits.  The only real incident the car suffered was the result of a miscommunication between my co-driver and I on a winter rally (oh… turn here!)… I put the car into a snow bank, but backed right out and kept on going.

If Subaru would sell me a new one of these, I’d buy it.

What is your favorite race car?  (I’d prefer that we stick to cars we have raced if possible, but like above expand the horizons if necessary.)

My favorite race car is a tough one.  I’d call it a draw between the Honda S2000 and the 82 Reynard Formula Ford, except I bought the S2000 already set up and I’ve developed the Reynard myself. 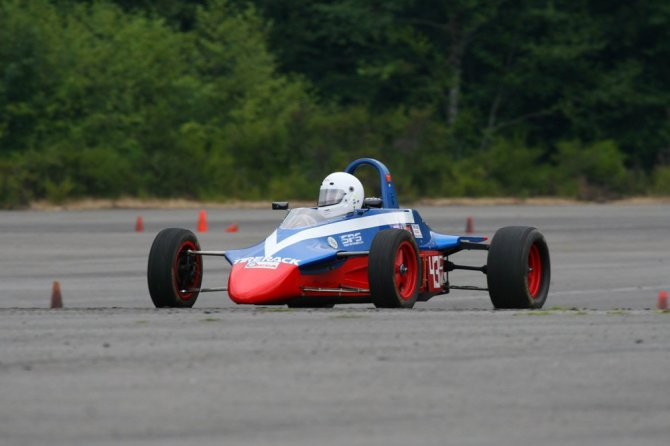 Thus, the Reynard gets the nod.  Formula Fords were a starting point for F1 drivers for a reason.  The cars are agile, offer good grip, and don’t have enough power to really get yourself in trouble.

The lack of power rewards good driving habits making the car a bit of a “trainer”.  I’ve had friends drive my car and compare it to a video game, which really is kind of true.  You give an input and the car makes it happen right now.  It is therapeutic to pull over 1.5g’s on flat pavement and this car is an inexpensive way to do this.

Even after a full season of driving it, I still sometimes have so much adrenaline running through me that I can’t stand up after I get out of the car.

Those are my answers… what about yours?

Picked up my 2nd place TAG Heavy trophy for the 2019 PSGKA club season. I really like the design of this one. @425motorsports @hugglerracingengines @studiorhoad @kartpulse @apdriverdevelopment @racershq @notfamousracedriver @provamotorsports #keepkartingfun #karting #racing #motorsports #kartracing #w2w
Fun final day in LA. A productive trip that's also given me a ton to think about.
Quick @notfamousracedriver mod to remind myself that I'm not that good at sim racing. #notfamousracingdriver #racing #motorsports #kartracing #w2w #cars #karts #motorsport #simracing #esports
I'm normally not into mobile games, but I can't stop playing Gundam Battle Gunpla Warfare, because you design your own mobile suits, like this GM Buster II here. #gundam #gunpla
Upsides of having a kitten: He's cute. Snuggles a ton. Is curious about everything. Downsides of having a kitten: None. It's a freaking kitten. Besides, people suck and it's nice to have a kitty who doesn't do the dumb to come home to. #loveyouDamon #crazykatperson #noshame
Working on it. Just got to manifest the budget. #keepkartingfun
At least that's what I think about. #keepkartingfun #starwars #racingnerd
Listening to audiobooks over the holidays. These two books couldn't be any more different. #racing
New year, new kitty! We welcome Damon Sturdivant as kitty #3 into our lives! #racerkitty